Considering an LED Upgrade? You Only Get 1 Shot at Your Ameren Rebate - Schedule Your Free Audit Today

Top Benefits of Using LED Lighting. LED (light emitting diodes) are probably the most innovative lighting advancement since, well, the actual light bulb was invented. The technical definition of an LED is a semiconductor that emits light when an electric current passes through it, but simply put — it’s a more efficient light bulb that’s powerful and long-lasting.

Since they operate differently than incandescent bulbs, LEDs are also more durable and offer more advantages over incandescent and fluorescent lighting; that includes longer lifespan, lower energy consumption, reduced maintenance costs, and better safety. If you’re reading this post, you’ve most likely done your research and already know that there are a multitude of benefits of using LED over traditional lighting. Below our lighting pros explain in detail.

LEDs can use up to 90% less power than incandescent light bulbs, for several reasons:

According to the US Department of Energy, “widespread use of LED lighting has the greatest potential impact on energy savings in the United States,” leading to a savings of more than $30 billion by 2027. 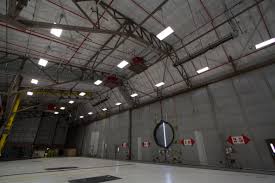 Traditional incandescent bulbs last only about 1500 hours across their lifespan, while high-quality LED lighting can last up to 60,000 hours. That’s about seven years of constant use before you need to replace them! LED bulbs last ten times longer than small fluorescent bulbs and around 133 times longer than incandescents. This equates to lower maintenance and long-term operating costs.

LEDs are sturdy and durable

Because LED lights are considered a “solid express lighting device” that uses semiconductors instead of filaments or neon gas, they’re much sturdier and more durable than incandescent bulbs or neon tubles — LEDs use small chips in a tough epoxy enclosure.

If you’re concerned about safety, opt for LEDs. They generate almost no heat, so they’re cool to the touch. LED lighting can be left on for hours on end without burn risks, unlike incandescent bulbs that can cause serious injuries because they become hot to the touch. This heat can also create serious fire risk, which is something that many industrial facilities look to avoid on a daily basis. Unlike neon lighting that uses mercury, which may pose an environmental risk, LEDs are made with non-toxic materials and are recyclable and eco-friendly. 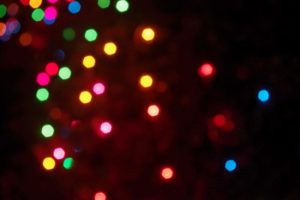 LEDs come in a variety of colors

Materials used in the semiconductor of LED lighting help to determine the color, based on a combination of red, blue, and amber. You can customize these colors and their warmth and combine different colors together to create the perfect lighting based on the application. For example, warehouses can stay safe with bright whites and blues, while amber and red give a more natural glow. Incandescent bulbs use colored paint or film to change colors, which can be highly toxic.

LED lighting has a variety of uses

Because of the factors above, LEDs can be used for a vast number of applications — in your home, at your business, in your car, for gaming and entertainment, and even in the military. From accent lamps to security signals, LED lighting can be useful across industries and businesses.

The list goes on! LED lights turn on instantly, which comes in handy when there’s a power outage or your building tends to have dark and shadowy corners. Employees stay safer with light that appears instantly instead of having to “warm up”. LEDs don’t give off infrared (IR) or ultraviolet (UV) rays, which both present burn and radiation hazards to people and materials. Unlike fluorescent bulbs, LED semiconductors are dimmable and don’t require costly upgrades for controllability.

Looking for long-lasting solutions, knowledgeable opinions, and money savings? Want to help the environment and see lower electricity bills? Need light fixtures and bulbs that match your application exactly? With more than four decades in the business, we know exactly what works when it comes to lighting for warehouses, offices, and industrial settings. We understand the benefits of LEDs and how to make the most of them. We can provide you with the information you need for the best choice.