Home › Lighting Fixtures › When Should I Replace My LED Lighting?

Although LED fixtures last longer than traditional incandescent lighting, they may be due for replacement if you upgraded about ten years ago when they first hit the market in 2010. For those considering an LED lighting replacement now, it’s important to understand the lifetime value of the investment.

How long do LED lamps and fixtures last?

While the lifespan of LED lighting depends on its use and application, most standard lamps last 50,000 hours, while dimmable LED lamps can last nearly 100,000 hours. For facilities like hospitals and distribution centers that have lights on 24/7, that (theoretically) could mean longevity of six years. On the other hand, office buildings that keep lights on up to 60 hours a week could go 15 years without replacing.

Unlike incandescent lamps, LEDs don’t have a filament to break or fail. Instead, they’ll slowly lose output over time. Manufacturers will rate lighting signifying when 50% of bulbs that are quality tested will reach 70% brightness (B50-L70). The L-rating will change depending on your option; B50-L50 would reach 50% of brightness by the end of the 50,000-hour lifespan. 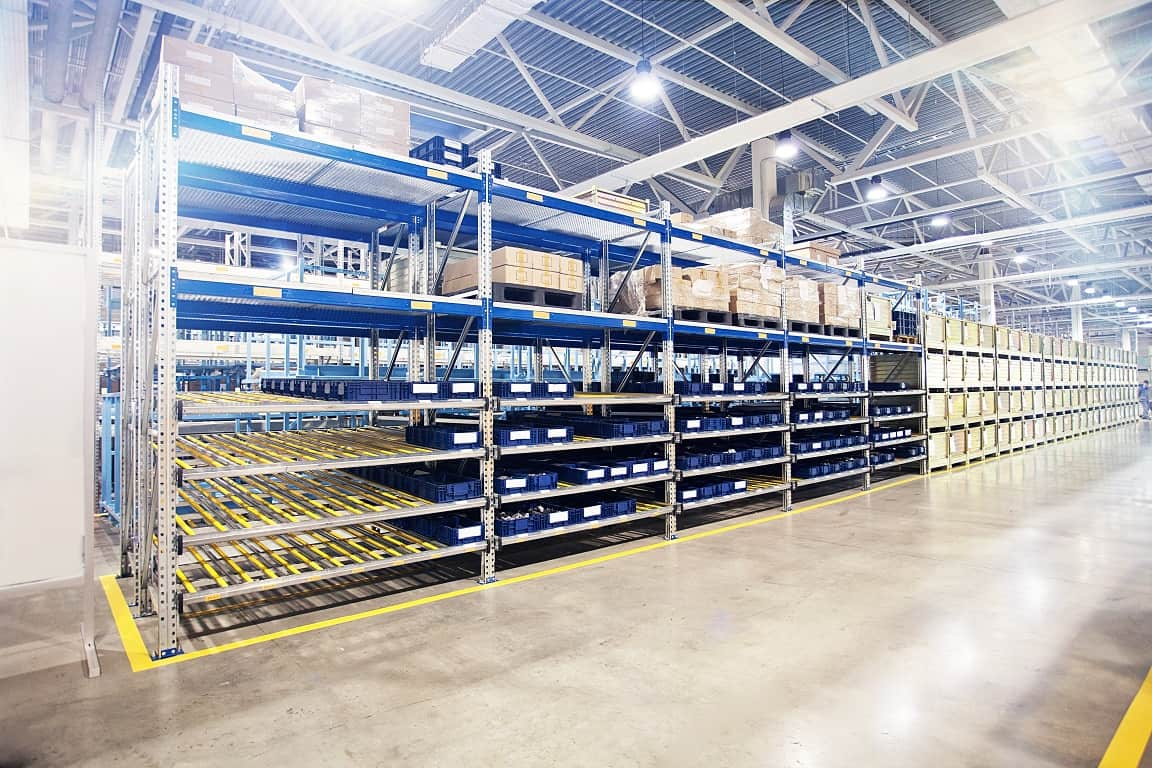 What affects the lifespan of LED lighting?

Along with how often LED lights are turned on and how many hours they run, there are other factors that impact how long they last.

What are the signs it’s time for a LED lighting replacement?

As mentioned above, traditional lights will burn out when they’re no longer functional — a sure sign that they need to be replaced. Before LEDs hit the mass consumer market, fixtures and lamps were sold separately based on the shorter (1000-5000 hours) lifespan of traditional, incandescent lighting. Although this saved replacement time because lamps could simply be swapped out, the budget for lighting was astronomical.

On the other hand, LEDs will become dimmer over time and this dimness is the first sign that it’s time for replacements. In turn, the lower lighting output can cause eye strain and chronic headaches for employees and even impact the safety and maneuverability of a facility. Working with an experienced, expert distributor will offer a better idea of how much life your LEDs currently have left. 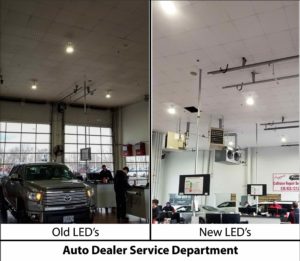 How are LEDs replaced?

Now that LED technology has evolved, manufacturers and users have embraced the integrated LED, which is a hybrid fixture-lamp combination. When facilities were upgraded a decade ago, it’s quite likely that the retrofit included adding LED bulbs to existing fixtures, which is now less common because of integrated LEDs. Now it’s much more likely that replacing current LED lighting would include fixtures and lamps to optimize the efficiency and operation of LEDs.

To sum it up: If it’s been about 10 years since the last LED upgrade, if facility lighting isn’t as optimal is it once was (or should be), or if the facility is undergoing a transformation in use, it’s a wise idea to speak with a team of lighting professionals — like our team.

With more than four decades in the lighting business, we know exactly what works when it comes to lighting for warehouses, offices, and industrial settings. We understand the benefits of LEDs and how to make the most of them. We can offer the information needed for the best choice. Let’s start a conversation today about what it takes to replace LED lighting in your facility.

Achieve ROI from your LED upgrade in 12-24 months

Find Out if You Qualify for A New Rebate!
Schedule Free Lighting Audit